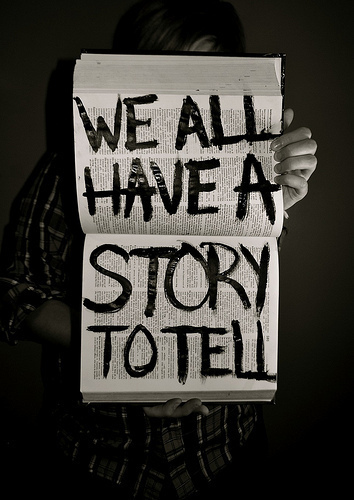 On New Year’s Eve Susan Shapiro, an author and college journalism teacher, wrote a piece for the New York Times’ Opinionator explaining that, over 20 years of teaching, her signature assignment has become the humiliation essay. It is her way of giving her students what they want, setting them on the path to publish essays and sell memoirs.

The piece sparked a host of debate, reigniting the well-worn argument that the personal essay is killing journalism. Punches were thrown across the web, insults typed and sides taken.

As someone who has a memoir coming out in 4 months, I read Hamilton Nolan’s Gawker response to Shapiro’s piece in a state of near numbness. My eyes stuck on the line that most people’s lives are not interesting enough for a memoir or personal essay and I gulped down his assertion that those writers who start by writing about themselves “end up like bands that used their entire lifetime’s worth of good material in their first album, and then sputtered uselessly when it came time for the follow-up.”

Used-up, finished, uninteresting – hardly a hopeful start to a writing career that has yet to hit the shelves.

And yet, it’s noise I’ve already heard, lines that have already played on repeat in my own head for years. Self-doubt is nothing new. I was never trained as a writer, barely trained as a journalist, and I never set out to write a memoir. I set out to listen to hundreds of stutterers and researchers and write something worthwhile. These people had stories, fascinating lives that made me sit forward in my seat and stay up all night transcribing their words. As I wrote their words down on paper I barely wove myself between the lines. But, in the end, I felt like I was hiding. I felt like I was asking everyone else to bare their souls while I sat safely nodding on the other side of the tape recorder.

So I kept their voices in the book but made my life the structure, made my life the line that all our stories hung from. But I was never aiming to humiliate myself, I wasn’t trying to make anyone feel sorry for me, for any of us. Rather, I was trying to unearth something that had remained taboo for far too long.

I was attempting to write in the memoir tradition of the writer’s I adored. Writers like Strayed, Karr, Walls and Flynn. Far from the inward-looking narcissists that Nolan dismisses so eagerly, these are people who write about themselves with humanity and who look outward to encompass the world we all live in. As Stephen Elliot puts it, they are the type of writers who “inhale their surroundings.”

So perhaps we shouldn’t be shaming those people who write about themselves but rather all of us should hold ourselves to the highest standards in both our writing and our lives. If we can be thoughtful in all of that then, perhaps, we can rise to meet our collective potential.

5 thoughts on “Memoir: Under Attack”