I’m not sure who would constitute my most intimidating audience, but speaking to a roomful of over 100 Brooklyn hipsters ranks pretty highly. 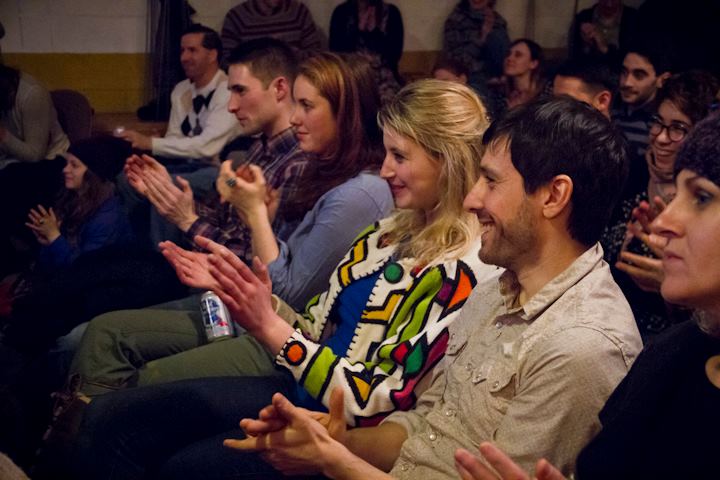 It is hard to be as fascinating as the guy who speaks for 15 minutes about Peruvian Ayahuasca and ends his sincere talk with an impromptu song inspired by the plant he spent a month talking to. Or the scantily-clad Meta-Physical Jesus, or the man who recounts a story about a possessed Raggedy Anne doll.

It is hard to stand up without any persona, or any shield.

By the time I walked up to take the stage at Bushwick’s monthly speaking series, Presentation Party Night, beer cans were spilling out of the rubbish bins, the room was debating the meaning of virtuous womanhood and I was fully aware of the involuntary shaking that had taken over my left leg.

Either way I held up the mic to my lips and began to speak into the wide expanse of the room. 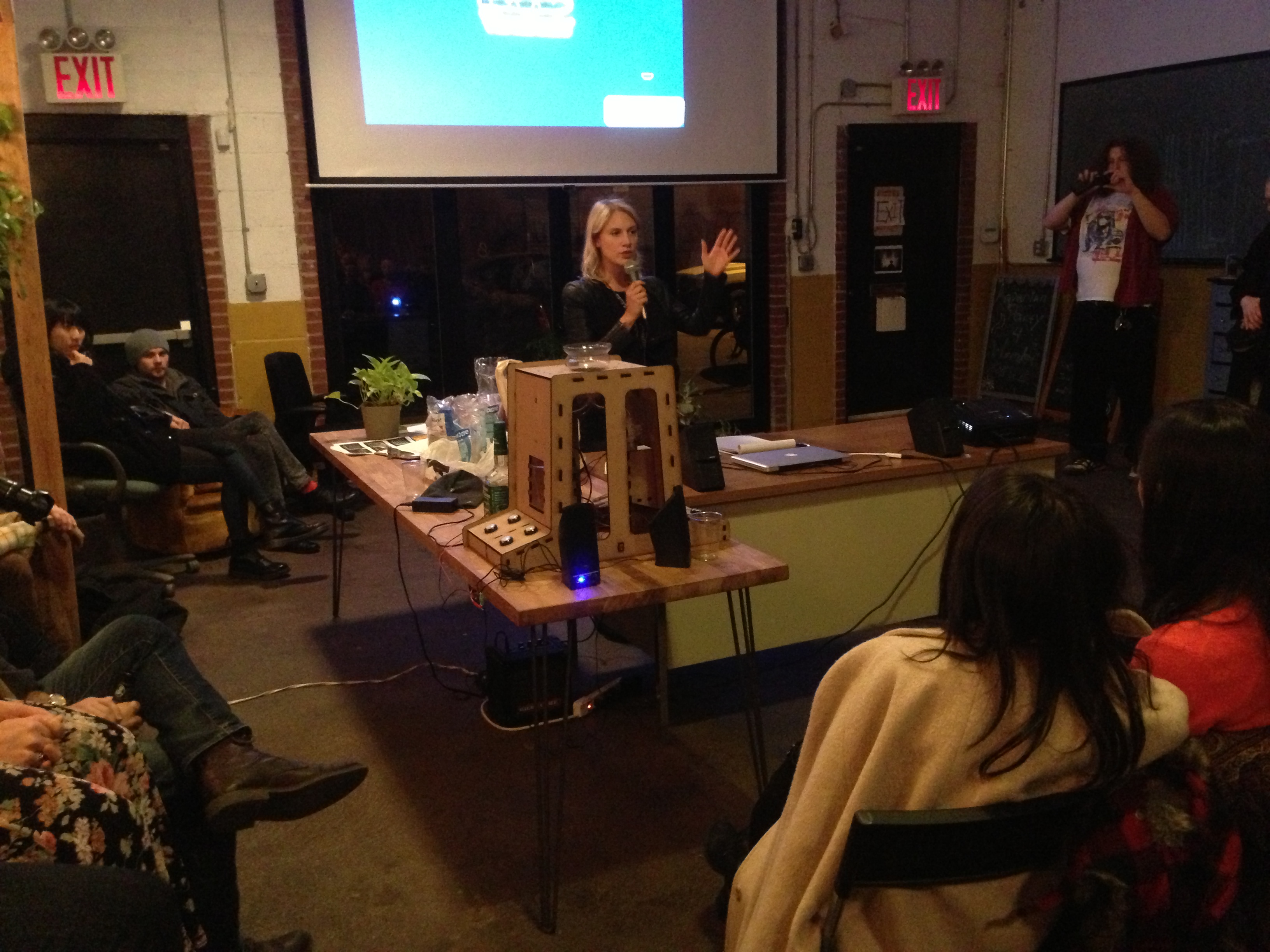 I talked about perfection, about my childhood, about the science of stuttering and the humanity of it. I talked about setting off on a adventure to find a cure and instead falling in love and embracing my ‘weakness’ as my greatest strength.

The hum of the heating-system ebbed and flowed, one guy’s phone rang loudly and the crowd laughed once or twice but largely the place was silent. My voice rumbled and broke into the mic. I slipped into repetitions and fell out of them, I smiled and paused and my leg continued to shake to the beat of its own manic rhythm.

By the end I was spent, I’d given all I could to the speech. It hadn’t been easy but it hadn’t been terrible. It had been honest.

And afterwards, after the cheers and the questions, I have never had so many people come up to me. Each person related my story back to themselves, back to their struggles and their triumphs. They told me about their lives and they asked me more about stuttering. My gratitude to them, to all their joy and compassion, is boundless.

If anyone reading this in NY has a subject that they feel able to speak about for 10 minutes, I can’t recommend PPN enough. Speaking up, making people laugh or cry, encouraging them see the world a little differently – what would you rather be doing on a Sunday night?

2 thoughts on “Vulnerability and Public Speaking”